As far as scenery goes, this is the most distracting run I’ve ever done. I found it impossible to focus on running.  Savannah is a beautiful city.  It is small, yet packed with life and activity from the touristy bits to family life and business.

For a better write-up about Savannah Squares than this post, read this; an eloquent intro to the squares.

Step One – Plug in at Forsyth Park. Free juice, +1 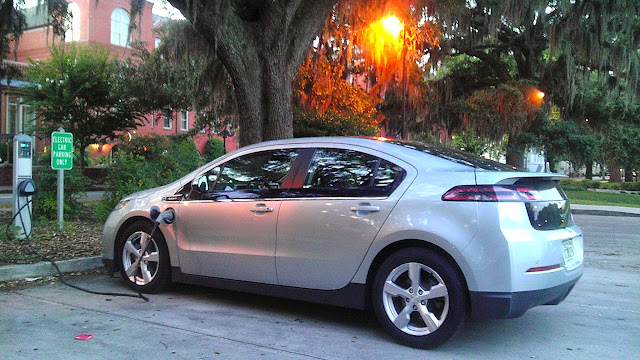 Having an hour and change before meeting my family for breakfast, I decide to take it all in fast forward without stopping unless lost… At least I made it to the Savannah River Shore before I just had to take pictures.

Beautiful and deserted. …and no dogs in sight! 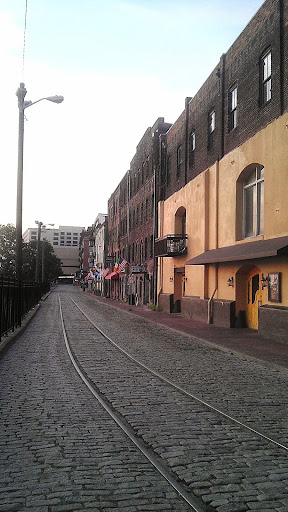 Alleys and steep stairwells border street in between all the closed stores. 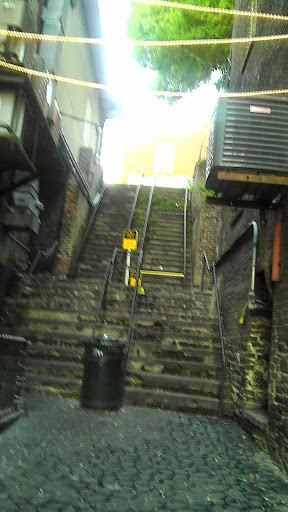 On the other side, the Savannah River is but hours from waking up. 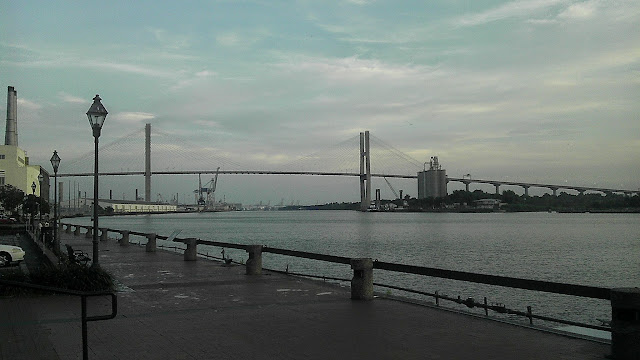 I do not know what this is but… shiny. 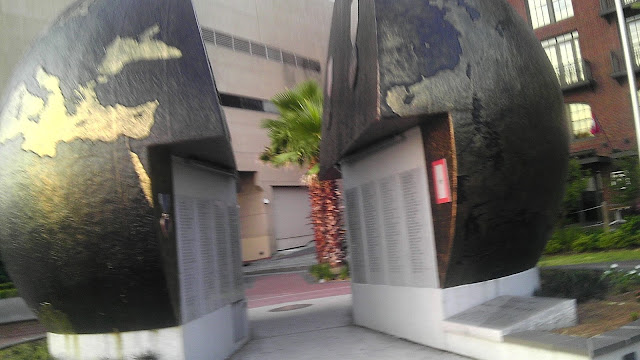 Some of these are inns and hotels.  Yesterday, these balconies were filled with families looking out into the river. 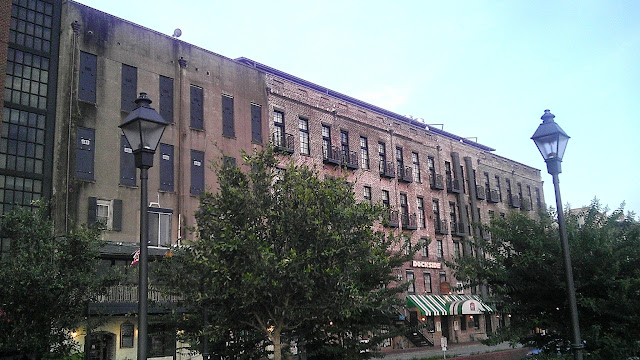 No even the river tour boat is busy yet.  Hadn’t seen more than one or two people at this point. 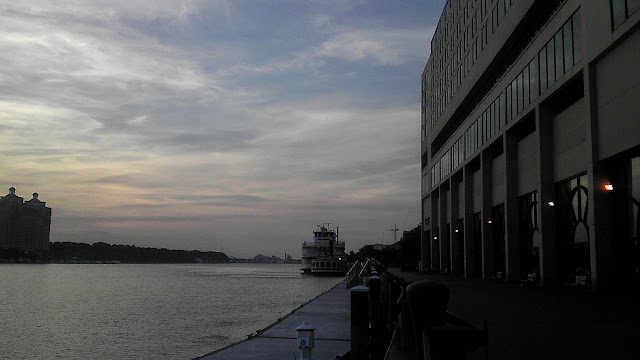 Before I saw another runner. 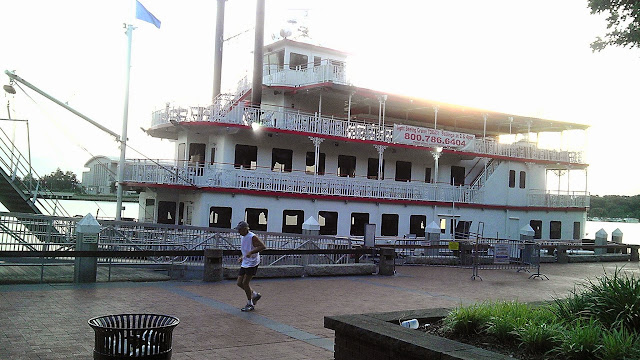 About to leave the shoreline and snaking my way back into the squares. 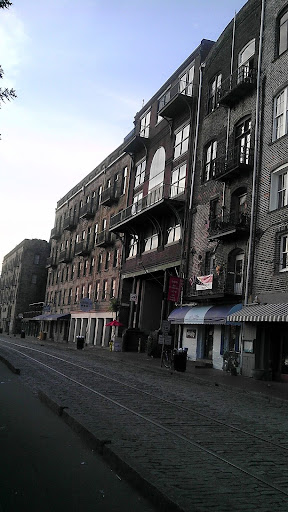 This little boat was ferrying people across the river for work. 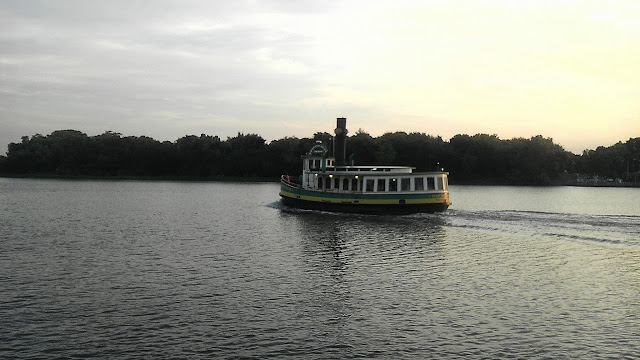 From here on, its a steady zig-zap thru the most beautiful neighborhood I’ve ever run. The city grid is peppered with community squares (think smallest roundabout if you’re on a car).  Twenty two squares in total which, in combination with River Street, define this run. 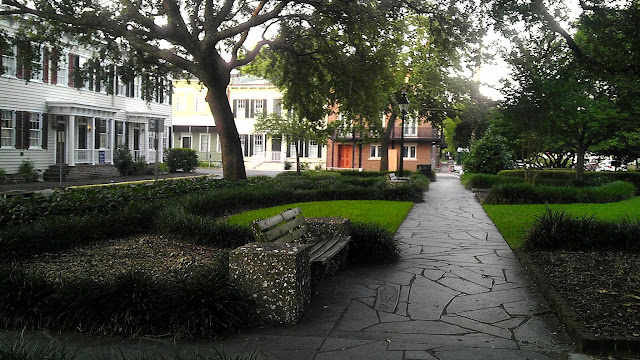 All the squares were labeled but this didn’t click until much later. 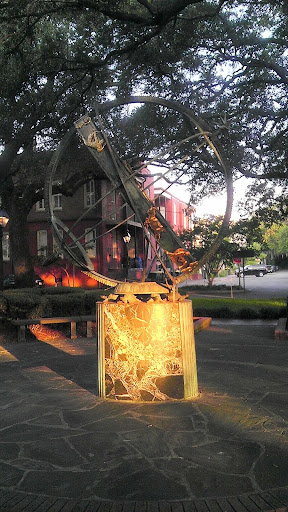 Onto the beautiful Cathedral of St John.  With weddings yesterday and it being closed at this time of morning, we are going to have to make another trip to go in. 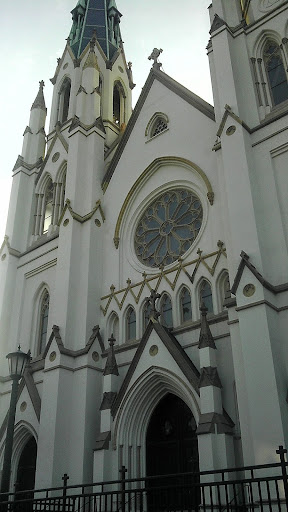 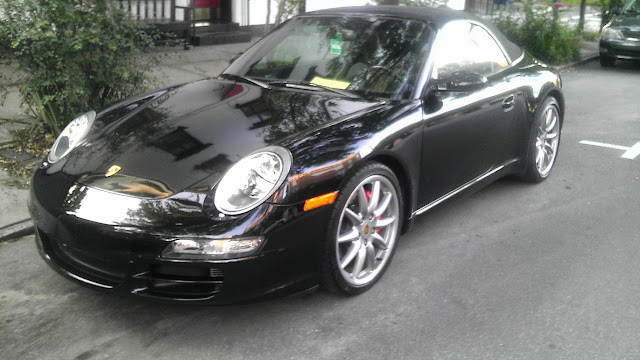 Winding my way thru city, I stop to take a few pictures. 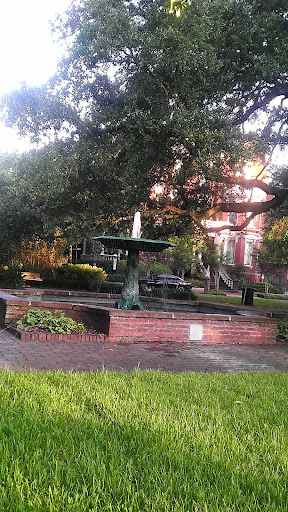 I should’ve taken pictures of the square names and plaques… That would’ve made this a 3 hour run thou. 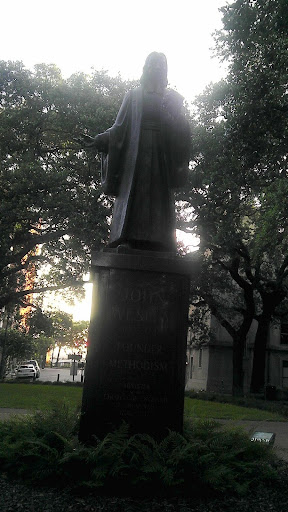 Instead, I took pictures of all shiny I saw.  Some squares were nothing more than tranquil gardens (early morning) but lots of them had monuments honoring Savannah’s historic existence. 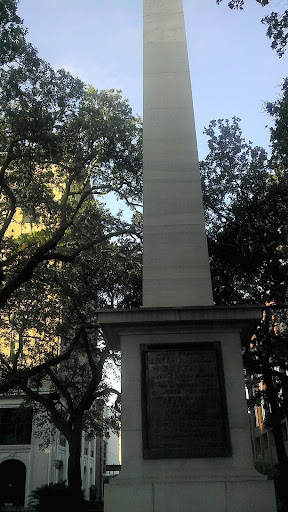 In hindsight, a walking tour of the city prior to running it seems almost necessary. 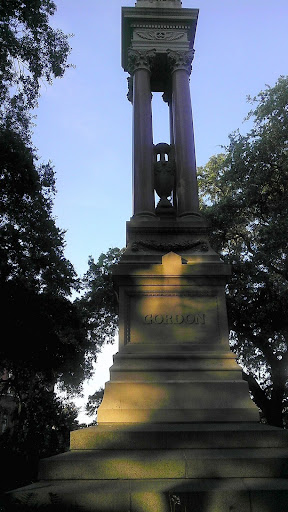 This most magnificent statue I could only shoot from the back.  The sun behind it made it an impossible shot for my phone. 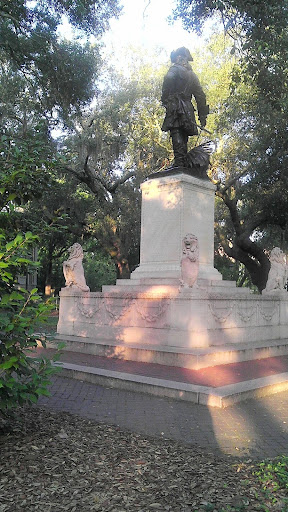 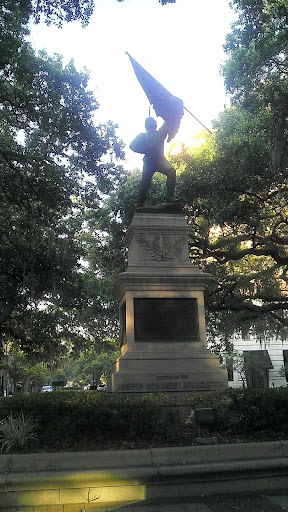 Not too bad here… 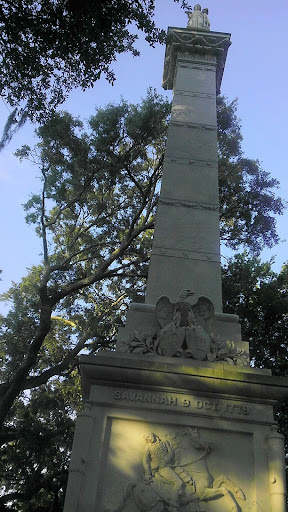 I later looked up house prices and, unless we move into a 100 year old tiny house, we will stay in Orlando for a bit longer! 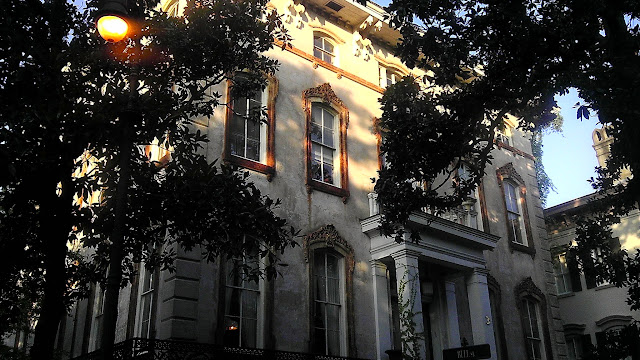 Coming into Forsyth Park from the other side now, I am greeted by this awesome walkway. 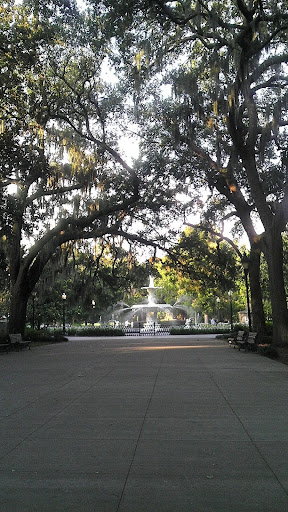 …leading up to this pretty fountain.  Shame on me for not knowing a thing about it. 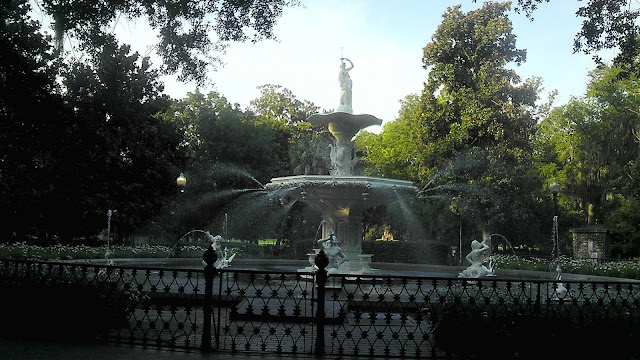 At last, I stumble upon Forsyth Park again with car waiting for me.  Keyfob works this time. 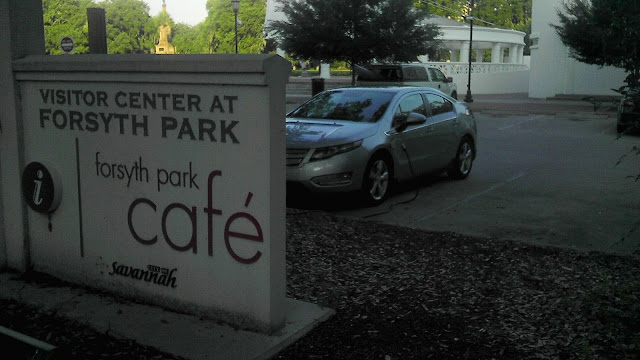 Twenty two squares, distracted run, all beautiful. Thanks for reading.

One thought on “A Savannah Runaround”